Are the Celtic Ireland peoples under threat of extinction? 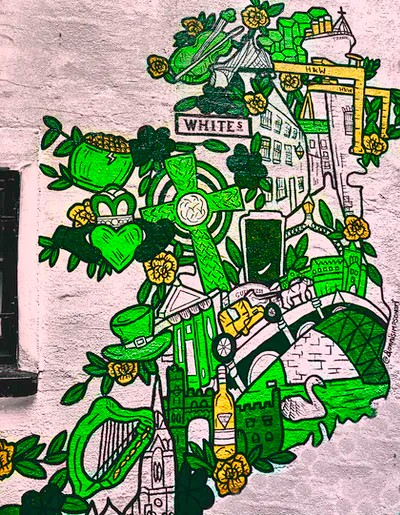 Is this the end of the Irish Celtic peoples? (photo ref[1])

Is Ireland and its genetic Celtic people and heritage under threat of extension?

This may be due to:

There is also an "Americanisation/Globlaisation" peer pressure trend to discredit white people that bring up any topic relating to valuing and preserving white peoples background and genetic lineages. Usually these people/groups are unfairly in most cases labeled "racist" or engaging in eugenics - "Eugenics is the practice or advocacy of improving the human species by selectively mating people with specific desirable hereditary traits."[8]

Here is a USA example of misinformation teachings possibly contributing to peer pressures. This is an article on Egyptology [9]:

"...Most people are unaware of this reality regarding ancient Egyptian civilization. Indeed, in the early 1990s, U.S. schools were pushing Afrocentrism in predominantly black schools stating that Egyptians—and indeed all the great civilizations of ancient history—were the product of black Sub-Saharan Africa. Many white students openly bought into this dogma and thereby were unaware of the hard evidence regarding widespread white influence throughout the legacy of human civilization. Arthur Kemp has done a miraculous job in countering these fallacies."

"...Unintentionally leaked DNA results from a television documentary on the genetic testing of Egyptian pharaoh Tutankhamun revealed that his paternal lineage is a 99.6 percent match with western European Y-Chromosomes.”

Let us stand up and not bow down to peer pressure trends and start appreciating, preserving and protecting our peoples and countries in the EU.

“...Most of the diversity within Ireland comes from European descent, with exactly 5% of the population identifying as non-white.” [2]

Examples (in Dublin): Many (if not most) ad billboards showing non Celtic people, this is a recent trend in the last few years only: 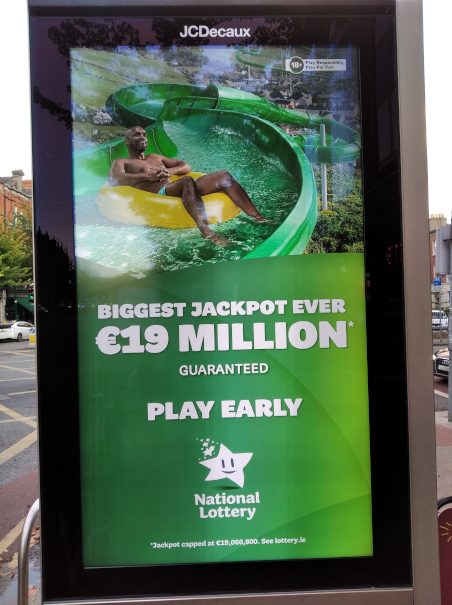 Is this a Celtic oriented ad? 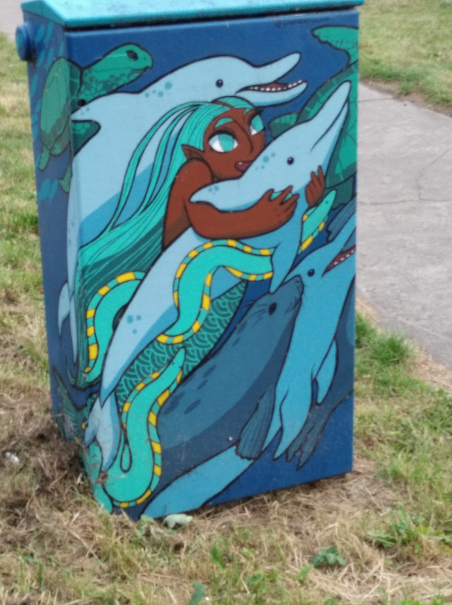 Is this Celtic art? 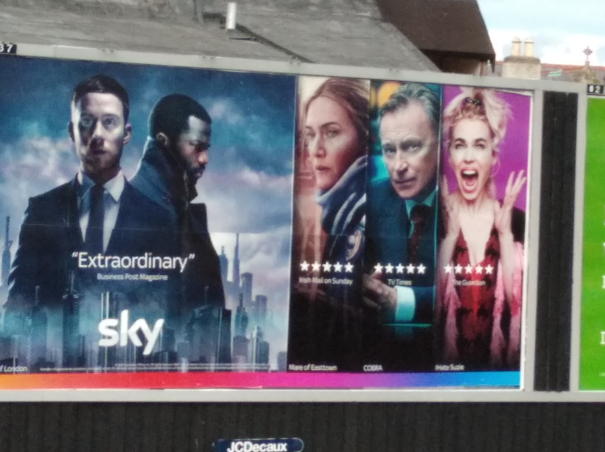 Proposal for the protection of the primary planetary race lines"

This section is a draft version still in research of the paper referred to above:

Proposal for the protection of the primary planetary race lines

This is a proposal for the protection of the primary race lines of the planet from:

The primary race lines are identified as:

The sub-race/country race lines are identified as:

Note the "Celtos" race line was one of the 12 tribes.

Interestingly enough we are quick to protect the polar bear, whales and other species from becoming extinct but are we prepared to protect ourselves?

Statistics chart showing population growth in South Africa as example at the country level of the primary race lines from 1700 to 2020. The original settlers in South Africa were white Dutch Europeans, there were no black or other races/tribes in south Africa before 1600?

There appears to be a current problem as of 2020 with the white race line as indicated at: https://youtu.be/BFIZTNCntTs

The following statistics for example for the white Caucasian race line indicates as of 2020:

( to research/complete). Its possible aim is to interbreed with other race lines in order to ‘dumb down’ the gene pool to allow for easier control

The next level down from the primary race line protection is the protection of each of the countries original population majority race lines ie ‘Originating race line countries’**. The goal is to retain the culture, traditions and original majority race line population of that country. This in general applies for example to European based countries with thousands of years of history, culture and their own languages (it would not apply to recent settled countries such as the US and common wealth countries)

The idea is to prevent excessive influence from other countries or globalisation efforts from affecting traditions, freedoms, and a country’s laws. It is detrimental to peoples, groups and societies to try to enforce ‘globalisation’ on other countries where everything starts becoming the same everywhere therefore hindering freedoms of expression, life experiences and different life styles (and opening up these affected countries to control by a few)

Chart 3 below shows an assigned alert status on the global and country level.

Black: No status assigned yet

Asian : No status assigned yet

It appears as if large population countries in general have a low age of consents. Increasing age of consent to high levels such as 18 and/or 21 tends to create slow population increase trends and even population decreases whereas reducing ages of consents or low ages of consents leads to population growth/explosions. The general age of full adult rights in California USA for example is 21. This applies to dance club entry, alcohol drinking age etc. (yet they can be sent to war at 18!).

Example originally one race is dominate by over 100% but over time gets taken over by another race line and ‘hybrid’ off-spings making the original race line the minority or extinct. Example, South Africa, originally was made up of all Dutch white settlers (100% - there were no blacks or black tribes originally), by 1700 equal black to whites in terms of population, today 2020, 51 million blacks to only 8 million whites.)

To research: “ if there is a link between a countries population and its age of consent? It does seem that most high population countries have a low age of consent, eg China at 14, Nigeria at 11 (projected 66% growth). [Researching: Just wondering when they changed and raised the age of consent in Holland (consent age was 12/14 pre 90’s) and Spain (from 13 to 16 in 2009) is/was their a population decline? ]

Chart to show age of consent laws and population of countries

While we don't want discrimination in Ireland, there is a duty of the government to protect their culture, history, and genetic line ie the celtic peoples from extension by immigrants and cross breeding. The EU countries have fought each other and foreigners for centuries to defend themselves from being taken over. Now we are in a very different war, a covert war over planet control. In only a few recent generations ie the last 50 years or so, all those wars and sacrifices by Europeans are being thrown away, not by invading armies but invading immigrants. The US is not an original people's (genetic line) country, they are only a few hundred years old and made up of immigrants anyway so this does not apply to them. Any government in the EU could be considered to be guilty of genocide if they allow their people's to disapear by immigration influx.

* ‘Peer pressure advertising/norms’ are where general advertising or the movie industry for example can no longer only have exculsively one race line depicted in an ad or cast as it may be labled ‘racist’ by many. As an example, peer pressure trends to follow foreign/imported style advertising which suddenly becomes the norm locally can lead to the creation of ads depicting non local people/foreign races which does not reflect the local population race line.

The above paper is copyright © protected and cannot be copied, used and/or modified without the permission of the author

This section includes a sample informal (or can be formal) family contract agreement:

This is a draft and informal contract to be made formal at a later date.

Stimulated by research in the “Proposal for the protection of the primary planetary race lines” document, this an informal contract as of September 25th 2021 to help provide a solution to the problem identified:

The above has identified a decline on the global scale of the white Caucasian race. The purpose of this contract is to bring to the attention the issue outlined and help provide a solution by agreeing to help protect and increase off-spring in this race line.

Avoid sexual relations with non Caucasian females where possible, exploration is possible with other lines as long as intention in relationship is not to produce off-spring

Any breeding program involvement and/or manipulation/deception either overt or covert to force relations with a non- Caucasian breaks this contract. Where manipulation, mind control, peer pressure, deceit or other negative forces are involved, request for spiritual assistance and/or other can be sought to enforce the contract as this contract is part of my free will right to choose

Agrees to not be involved in racist activities or practice any form of racism against other non Caucasian races.

Agrees to help promote and protect the Caucasian races specifically. Protection for example would be clearing invasive non Caucasian consciousnesses, people that would attempt to manipulate. This includes other timelines, cross dimensional interference.

Help combat “Caucasian Bashing” by media, group consciousness/social “trends”, mind control, deceit, organised groups, other race lines. Even most Caucasians may not even be aware of this for example unfair and excessive advertising in Ireland of non- Caucasian people relative to actual population demographic makeup. Ie promotion of Caucasian and non- Caucasians together in bill board ads (eg a black & white) as being “normal” and degrading the actual Irish culture, history, and celtic peoples in their original land of origin (this would not apply to a non originals race/peoples country). This is possibly also part of the “globalisation/Americanisation” trend occurring at the moment. Some of these foreign trends are acceptable to an extent but the complaint is that it has become excessive promoting “globalisation” trends and degrading Irish culture and sovereignty.

Another example is making whites feel guilty and labeled racist if they make any objections to other race relations, excessive ads with non whites, job placement discrimination “peer pressured” hiring (hiring non whites over whites due to minimum “equal opportunities”) etc. Caucasians have spiritual and physical free will rights to choose without negative peer pressures and this must be respected by others.

Agrees to teach all Caucasian off-spring in own lineage to be proud of their race line, to protect it and encourage sexual relations within the Caucasian race line.

Agrees to renew this contract on each 3rd generation

Other Caucasians can enter into this type of contract. Other race lines will have their own corresponding family lines entering into a similar contract to protect their race lines.

(Use this contract and substitute “Caucasians “ with your race line – note is is suggested that only someone with at least 3 generations of documented evidence on both parents sides to prove their lineage may enter into this contract).